Celebrating the Rewrite + Indie Book Review: Last Days in the Life of Jillian

For VikLit’s Celebrate the Small Things blog hop, I’ll talk about one of the things that has been taking over my life….

After the mad dash to complete the first draft of Anticipating Dawn, and after receiving treasured comments from my first beta reader, I’ve come to realize that now I need to give this sequel more care. This is only my second novel. And me being me, it’s a darned strange story. Thus, it needs more care in the creation of its connective tissues to make sure the synapses engage properly. I have to remember that and be happy to have the ability to perform this intricate procedure, and to temper my desire to rush and start sending out query letters! Woe is me….

I remember when writing my first book, Anticipation of the Penitent, and believed it was complete. Come some several months later, I’d realized that it was only about halfway done. Limbs need to be amputated and reattached, grafts executed and patches affixed before it could have the life I meant for it. I do believe Anticipating Dawn is much more than halfway done, but it is not yet whole.

Didn’t I expect this? Didn’t I tell myself it wouldn’t be complete for a few months yet? Still, my head nearly convinced me that it was close to perfect and needed only a couple of tweaks. Crazy brain!

Well, the operation has begun, and Anticipating Dawn will be in recovery (editing time) in about three months (Two? One and a half, maybe?) to be revealed as my much more sound second bouncing baby creation. And what a beautiful creature it will be! 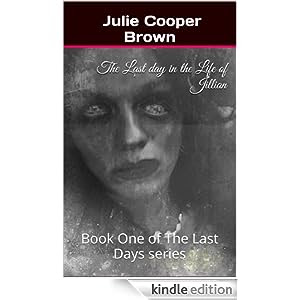 The first book in a series of The Last Days.
Jillian and Evan are trapped and Evan is ill. Jillian recalls the events that have led to their demise and documents the stages of Evan's infection as he changes into a being to be afraid of.

It's been a long time since I've been truly scared reading a book or, in this case, a story. This one did scare me, caused my heart to beat faster from the suspense of it all, and it continued to long after the story was over. I don't think I've ever read a zombie book or story, and this was a great introduction to the genre. Loved the main character. Jillian's voice carried me throughout, and her neighbors and husband, as well as her descriptions of her sisters, seemed very real. The scenes, conversations, zombie outbreak, all very believable. The storytelling was superbly done, with the side stories (or explanations) giving it a grotesquely genuine spice. Thankfully, I didn’t have any scary or even strange dreams after reading this.

There are some editing issues that detracted slightly from the story as a whole. In the post note, the author does mention the hope to get an editor in the future. I still recommend this story for those who like a little freaky fictional, but smartly done, scare in their lives. 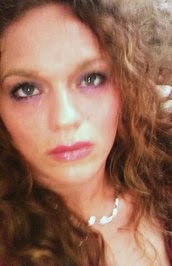 Julie A. Brown, also writing as Julie Cooper Brown. Julie has always loved to write poetry and the like in her younger years. She has written The Last Day in the Life of Jillian as her first attempt at writing fiction and hopes to break through with this new novella. Julie enjoys playing guitar, piano and violin though she is unable to read music. And although she has no degrees to brag of and only an eighth grade education, she is confident in her writing and only hopes to improve her technique in the future. 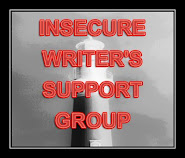 For this first Wednesday of the month’s Insecure Writer's Support Group for 2014, a group initiated by Alex J.Cavanaugh, I’m celebrating and lamenting.

I’m celebrating completing the first draft of Anticipating Dawn, the sequel to my first book, within my goal of by the end of 2013. Whoopee!!

I’m lamenting because although I expected nothing more than to complete it to the best of my ability for a first draft, I’m fearful that people won’t like it!! But I’ve supplied it to two beta readers, one who’s reading Anticipation of Penitent first and, thus far, finds the first one "very gripping", "quite shocking in places" and "unbelievably sad" – her words, which are oh such wonderful things to hear. I can’t wait to hear what she says about the sequel. Will it be a disappointment or will she think it’s as great as I think it is, or at least has the potential to be?

It doesn’t help that a writer’s group that I’ve been attending for several years is changing in unsatisfactory ways with a new mediator, who seems to want to be a teacher that sees her opinions as more accurate, than a mediator. I may give it one more try.

I’m also uncertain about starting up again on my next project, The Witch of Endor. It’s hard to get myself into another project when this one needs reworking, editing, waiting for beta readers to get back to me, more and more and more editing, querying…. Oh, how do I get my brain around it all?

I’m looking forward to hearing from you all and giving support for your woes.