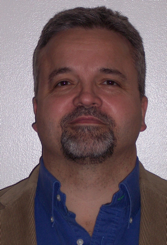 Jeff Horton's novel, THE GREAT COLLAPSE-SURVIVORS OF THE PULSE, a story about the coming of the pulse and the end of civilization, was published in 2010. THE DARK AGE-SURVIVORS OF THE PULSE, the sequel to The Great Collapse, was published in 2011, as was THE LAST PROPHET, a fictitious story about the life of John March, one of the witnesses sent by God to warn humanity about the antichrist, and the end of days. Released on September 1, 2012, THE WAY OF NACOR:TALES OF EDEN is a tale about four children, who find themselves lost and stranded on a strange alien planet and struggle to find a way home. Jeff Horton's fifth novel, entitled CYBERSP@CE, is a techno-thriller, in which the world is brought to the brink of nuclear war after a string of deadly cyber warfare attacks against the United States.

When he's not penning his next novel, he enjoys reading, going to church, and spending time with his family. Jeff Horton is a member of the North Carolina Writers Network.

A devastating cyber attack leaves 100,000 people in the United States dead, and evidence points to the Chinese, setting the world on the inevitable march towards nuclear war. Nick Reynolds with US Cyber Command soon learns that former KGB agent Nikolai Chervanko, who has long dreamt of rebuilding his beloved Soviet Union, could be behind the massacre, with something even bigger planned. Lacking evidence linking Chervanko, however, outrage over the attack soon forces the United States to declare war on China. With no means to stop another destructive cyber attack and prevent a nuclear conflict, Nick finds help from an unlikely source—Area 51.

How can four stranded children survive and get back home after finding themselves transported to an alien planet in a distant part of the galaxy?


Following a family tragedy, the Seekers children find themselves transported to a strange, alien world named Zantura, where a powerful, evil being named Sarin has either murdered or enslaved nearly everyone. The siblings must face and survive a series of seven deadly trials on the journey to find a long-lost ancient relic, which has the power to save Zantura from Sarin, and to send the children home.

Find The Way of Nacor: Tales of Eden on Goodreads:
http://www.goodreads.com/book/show/15844943-the-way-of-nacor

Find The Way of Nacor: Tales of Eden on Amazon:
http://tinyurl.com/978uo8v

Find The Way of Nacor: Tales of Eden on YouTube:
http://www.youtube.com/watch?v=h0I70cD5-8A

Would you believe it if someone told you that you were one of the last two prophets mentioned in the book of Revelation?


It is the End of Days. The power of the Antichrist and his grip on humanity grows stronger with each passing day, enabling him to deceive the world and entice humanity into joining him in his corruption, and in his eternal punishment. With the help of the False Prophet, the Beast persuades many to fall down and worship him, also forcing them to take his mark.


When someone tells John March that he has been chosen by God to become the last of the two prophets mentioned in the book of Revelation, he doesn’t believe it. After a visitation by an angel followed by a miraculous sign however, he becomes convinced that it is true and decides to embrace his calling, despite learning that doing so will lead to his untimely death. March begins his mission by proclaiming God's message: that the End of Days is at hand, to beware the growing power and influence of the Beast, and to know that the Second Coming of Jesus Christ is imminent.


Supernatural disasters, including a worldwide drought, rivers of blood, massive earthquakes, and a devastating asteroid, testify that the end of the world is at hand.
Join John March on his journey to becoming, The Last Prophet.

Suppose you learned that an ancient prophecy about an artifact, said to be powerful enough to dramatically change the world, was true. Would you risk everything to find it?


It has been five-hundred years since the Pulse caused the Great Collapse, ending the Golden Age, and civilization on planet Earth. Humanity has waited ever since for a long-anticipated sign from God, which has finally appeared in the night sky. The time has come for Ferrell Young, the Warrior Clan, and the Church to risk everything in an effort to restore civilization, and bring hope to a world full of despair.

Alex Montgomery is an archaeologist who has spent many years looking for a mysterious book on behalf of the Holy Christian Church. The book is said to contain the location of the Great Oracle which, according to legend, can endow the one who finds it with great power and wealth. Of much greater importance to the Clan and the Church however, is the fact that it may also enable the world to emerge from five centuries of darkness and suffering.

When a powerful, intelligent, but sadistic barbarian leader named Kraken learns of the Oracle, he plans to destroy the Warrior Clan and the Church, take the Oracle for himself, and enslave the rest of humanity.


Join Ferrell and his companions as they set out on a desperate journey to find the Great Oracle, and rescue humanity from The Dark Age.

The Great Collapse-Survivors of the Pulse (2010)

While scientists prepare for a massive solar flare heading towards the earth, a hostile foreign government steals a top-secret, experimental weapon. When they use the EMP weapon to attack America however, the result is the immediate and catastrophic loss of modern technology all over the planet. The president calls upon Dr. James White to lead a group of scientists and theologians in an effort to develop a plan that will offer humanity a second chance at civilization. When societies begin to unravel, refugees flee the anarchy in the cities as people learn how to survive in a world without technology, a world for which they are not prepared. Will humanity survive this catastrophic event? Join author Jeff Horton for a journey into the chaotic and perilous new world of The Great Collapse.

Check out more about the Book Blogger Fair, the authors, the bloggers, and the events by clicking here.